God, our maker and redeemer, you have made us a new company of priests to bear the witness to the Gospel. Enable us to be faithful to our calling to make known your promises to all the world; through your Son, Jesus Christ our Lord.

i have the awesome priviledge of READING the Liturgy again on Thursday night… I will be honest with you… I don’t like the fact of our church changing its format… I heard that the Liturgy wants to be removed.  I pray THIS IS NOT THE CASE.

*back to that picture*

ANYWAY… Here are the scriptures, I want to share with you:

34 Then Samuel went to Ramah; and Saul went up to his house in Gibeah of Saul. 35 Samuel did not see Saul again until the day of his death, but Samuel grieved over Saul. And the Lord was sorry that he had made Saul king over Israel.

16 The Lord said to Samuel, “How long will you grieve over Saul? I have rejected him from being king over Israel. Fill your horn with oil and set out; I will send you to Jesse the Bethlehemite, for I have provided for myself a king among his sons.” 2 Samuel said, “How can I go? If Saul hears of it, he will kill me.” And the Lord said, “Take a heifer with you, and say, ‘I have come to sacrifice to the Lord.’ 3 Invite Jesse to the sacrifice, and I will show you what you shall do; and you shall anoint for me the one whom I name to you.” 4 Samuel did what the Lordcommanded, and came to Bethlehem. The elders of the city came to meet him trembling, and said, “Do you come peaceably?” 5 He said, “Peaceably; I have come to sacrifice to the Lord; sanctify yourselves and come with me to the sacrifice.” And he sanctified Jesse and his sons and invited them to the sacrifice.

6 When they came, he looked on Eliab and thought, “Surely the Lord’s anointed is now before the Lord.”[a] 7 But the Lord said to Samuel, “Do not look on his appearance or on the height of his stature, because I have rejected him; for the Lord does not see as mortals see; they look on the outward appearance, but the Lord looks on the heart.” 8 Then Jesse called Abinadab, and made him pass before Samuel. He said, “Neither has the Lord chosen this one.” 9 Then Jesse made Shammah pass by. And he said, “Neither has the Lord chosen this one.” 10 Jesse made seven of his sons pass before Samuel, and Samuel said to Jesse, “The Lord has not chosen any of these.” 11 Samuel said to Jesse, “Are all your sons here?” And he said, “There remains yet the youngest, but he is keeping the sheep.” And Samuel said to Jesse, “Send and bring him; for we will not sit down until he comes here.” 12 He sent and brought him in. Now he was ruddy, and had beautiful eyes, and was handsome. The Lord said, “Rise and anoint him; for this is the one.” 13 Then Samuel took the horn of oil, and anointed him in the presence of his brothers; and the spirit of the Lord came mightily upon David from that day forward. Samuel then set out and went to Ramah. 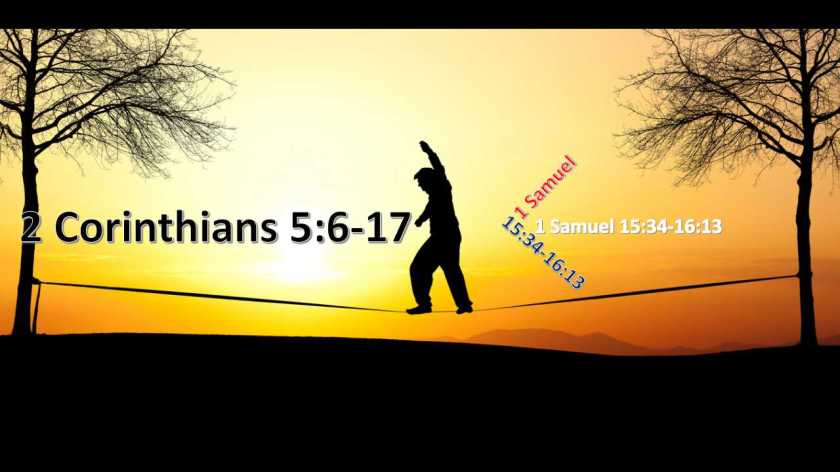 6 So we are always confident; even though we know that while we are at home in the body we are away from the Lord— 7 for we walk by faith, not by sight. 8 Yes, we do have confidence, and we would rather be away from the body and at home with the Lord. 9 So whether we are at home or away, we make it our aim to please him. 10 For all of us must appear before the judgment seat of Christ, so that each may receive recompense for what has been done in the body, whether good or evil.

The Ministry of Reconciliation

11 Therefore, knowing the fear of the Lord, we try to persuade others; but we ourselves are well known to God, and I hope that we are also well known to your consciences. 12 We are not commending ourselves to you again, but giving you an opportunity to boast about us, so that you may be able to answer those who boast in outward appearance and not in the heart. 13 For if we are beside ourselves, it is for God; if we are in our right mind, it is for you. 14 For the love of Christ urges us on, because we are convinced that one has died for all; therefore all have died. 15 And he died for all, so that those who live might live no longer for themselves, but for him who died and was raised for them.

Thankful for these postcards sent to our new members at the Hershey-Derry Township Historical Society… AREN’T THEY COOL??? 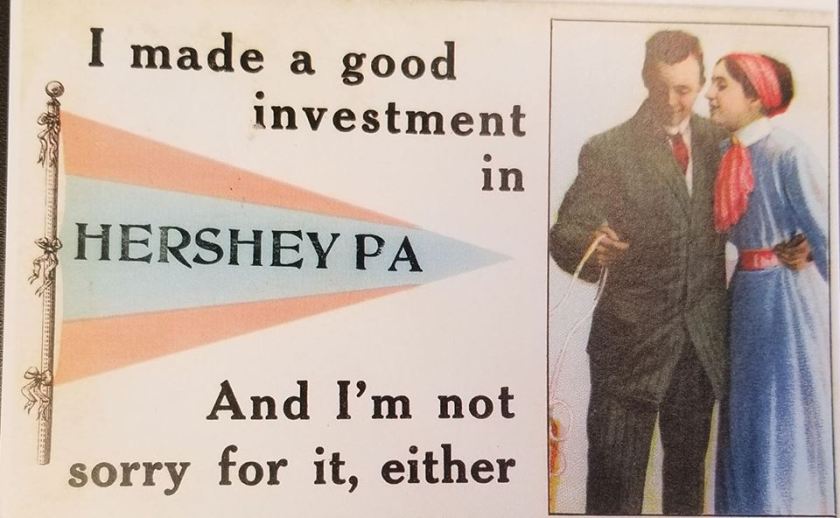 TALK 2YA LATER IN THE WEEK…

Had a productive day… STARTED WITH ME READING: 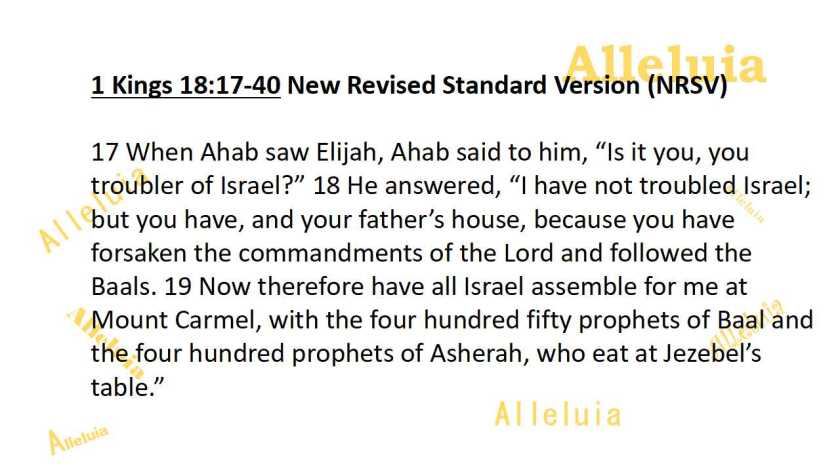 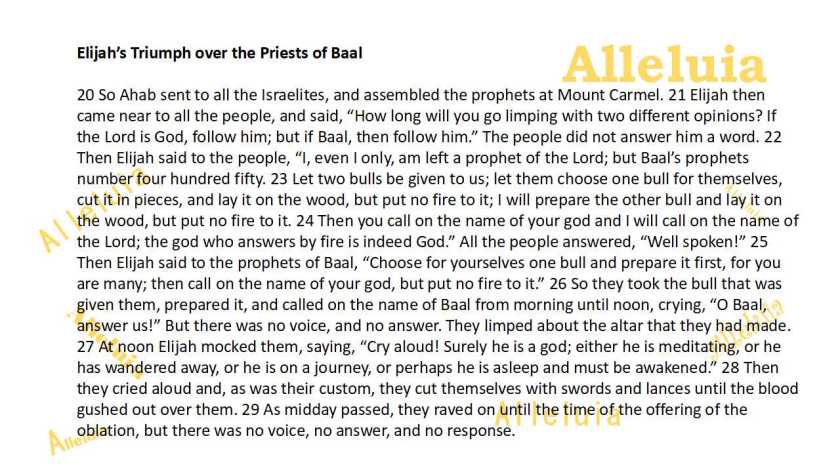 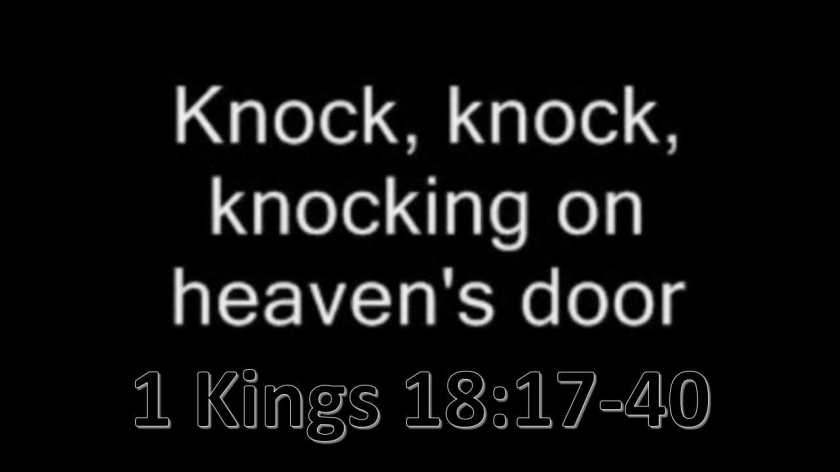 THEN I APPLIED FOR A JOB AND WROTE THIS:

I want to share my gifts with you. I would love to be considered for this. Thank you for your time. You may reach me at kschafer137@gmail.com. Thank you!!
Sincerely,