WHY ALL THE OLD TESTAMENT???

TOMORROW IS THE UNVEILING OF THE CHOCOLATE SCULPTURE AT CHOCOLATE WORLD!  (i can’t wait to see it before work)… 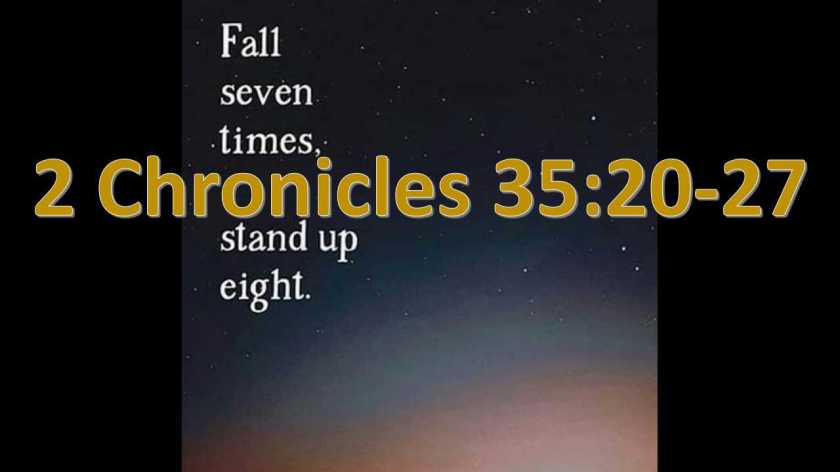 Defeat by Pharaoh Neco and Death of Josiah

20 After all this, when Josiah had set the temple in order, King Neco of Egypt went up to fight at Carchemish on the Euphrates, and Josiah went out against him. 21 But Neco[a] sent envoys to him, saying, “What have I to do with you, king of Judah? I am not coming against you today, but against the house with which I am at war; and God has commanded me to hurry. Cease opposing God, who is with me, so that he will not destroy you.” 22 But Josiah would not turn away from him, but disguised himself in order to fight with him. He did not listen to the words of Neco from the mouth of God, but joined battle in the plain of Megiddo. 23 The archers shot King Josiah; and the king said to his servants, “Take me away, for I am badly wounded.” 24 So his servants took him out of the chariot and carried him in his second chariot[b] and brought him to Jerusalem. There he died, and was buried in the tombs of his ancestors. All Judah and Jerusalem mourned for Josiah. 25 Jeremiah also uttered a lament for Josiah, and all the singing men and singing women have spoken of Josiah in their laments to this day. They made these a custom in Israel; they are recorded in the Laments. 26 Now the rest of the acts of Josiah and his faithful deeds in accordance with what is written in the law of the Lord, 27 and his acts, first and last, are written in the Book of the Kings of Israel and Judah.

THEY HAVE WIFI ON TRAINS RIGHT???