GOT THOSE STUDENT LOANS TO WORRY ABOUT… 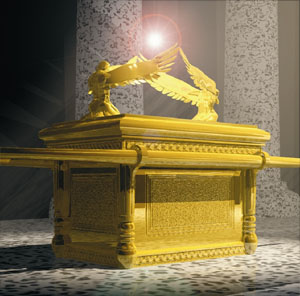 The Ark Brought into the Temple

2 Then Solomon assembled the elders of Israel and all the heads of the tribes, the leaders of the ancestral houses of the people of Israel, in Jerusalem, to bring up the ark of the covenant of the Lord out of the city of David, which is Zion. 3 And all the Israelites assembled before the king at the festival that is in the seventh month. 4 And all the elders of Israel came, and the Levites carried the ark. 5 So they brought up the ark, the tent of meeting, and all the holy vessels that were in the tent; the priests and the Levites brought them up. 6 King Solomon and all the congregation of Israel, who had assembled before him, were before the ark, sacrificing so many sheep and oxen that they could not be numbered or counted. 7 Then the priests brought the ark of the covenant of the Lord to its place, in the inner sanctuary of the house, in the most holy place, underneath the wings of the cherubim. 8 For the cherubim spread out their wings over the place of the ark, so that the cherubim made a covering above the ark and its poles. 9 The poles were so long that the ends of the poles were seen from the holy place in front of the inner sanctuary; but they could not be seen from outside; they are there to this day. 10 There was nothing in the ark except the two tablets that Moses put there at Horeb, where the Lord made a covenant[a] with the people of Israel after they came out of Egypt.

11 Now when the priests came out of the holy place (for all the priests who were present had sanctified themselves, without regard to their divisions), 12 all the levitical singers, Asaph, Heman, and Jeduthun, their sons and kindred, arrayed in fine linen, with cymbals, harps, and lyres, stood east of the altar with one hundred twenty priests who were trumpeters. 13 It was the duty of the trumpeters and singers to make themselves heard in unison in praise and thanksgiving to the Lord, and when the song was raised, with trumpets and cymbals and other musical instruments, in praise to the Lord,

“For he is good,
for his steadfast love endures forever,”